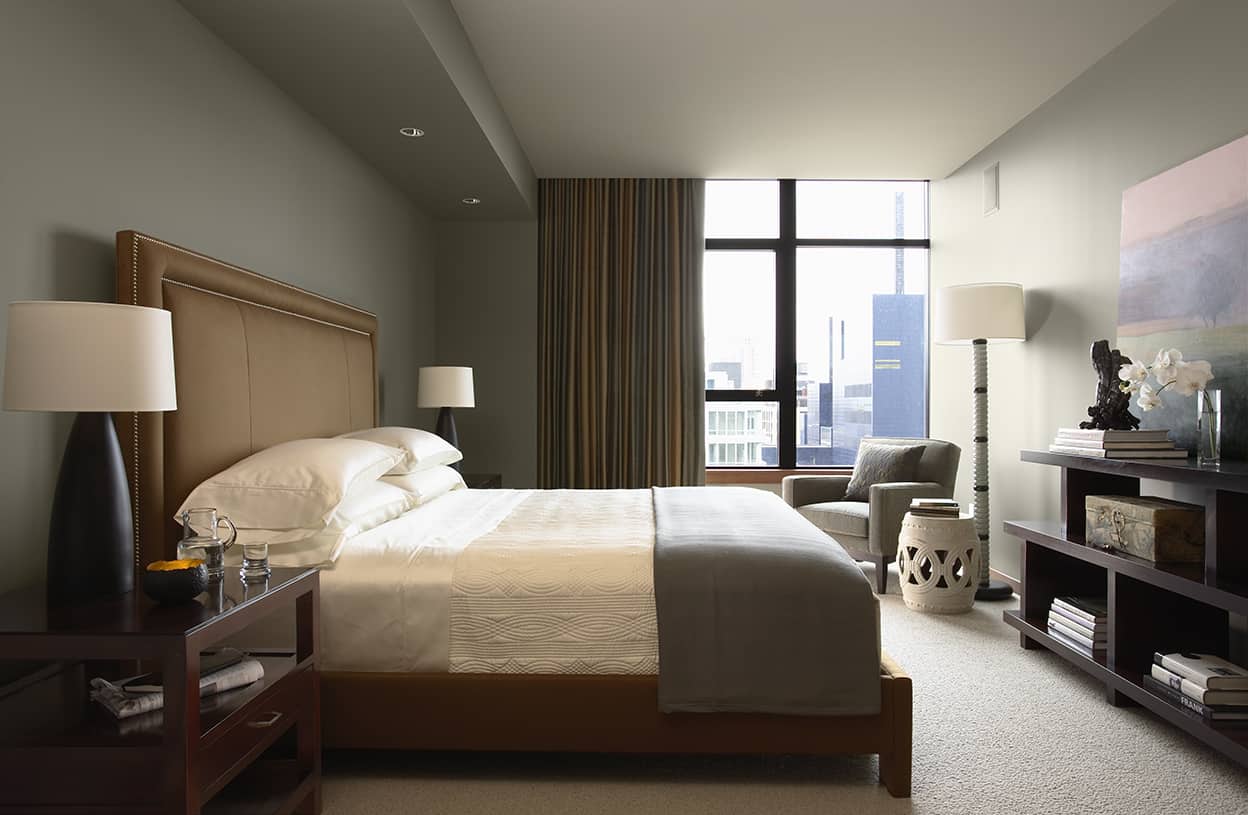 After spending 25 years living in a Victorian home, Peter Zenner longed to live in a contemporary downtown condo with a spectacular view of the river and city. But accommodating his needs required a completely redesigned floor plan. The result is a smart and artful work and living environment as bold as it is refined.

For Peter Zenner, downtown living was calling his name. The Guthrie Theater. The Stone Arch Bridge. Walking to his favorite restaurants. But as someone who does much of his work from home, the typical condominium layout proved to be an ongoing barrier to making the big move.

“I’d looked around at a lot of places, and still couldn’t find the right fit. So I presented an existing floor plan to David and said, ‘What can you do?’”

Heide looked at the condo plan and immediately began thinking about improvements. “Spaces were really ill-defined and ambiguous,” he says of the original design. “It really needed a sense of place. You need to feel that sense of place for it to be a comfortable, human experience.”

Zenner wanted a space that could incorporate both work and living environments. While in the perfect location, overlooking the Mississippi and the Guthrie, the original floor plan didn’t provide Zenner the opportunity to create both a sense of fluidity and separation that was needed.

Given that it’s a condo, with certain spaces and water works predetermined by the builder, Zenner figured he’d have an uphill battle making major changes, but David Heide Design Studio worked closely with the developer to ensure the right improvements were made.

“That was one of the biggest benefits of having an architect as a liaison,” Zenner says. “I had an architect who could fight for what I wanted.”

Zenner attributes his decision to take the downtown leap to having an advocate in David Heide Design Studio.

Building a custom-designed unit in a large condominium requires working with a number of parties to find solutions. Zenner says he couldn’t have achieved his list of wants and needs without having that design advocate.

“We were really able to come up with creative solutions,” says Heide.  “This was really a project about advocating for the client to produce desired results.” 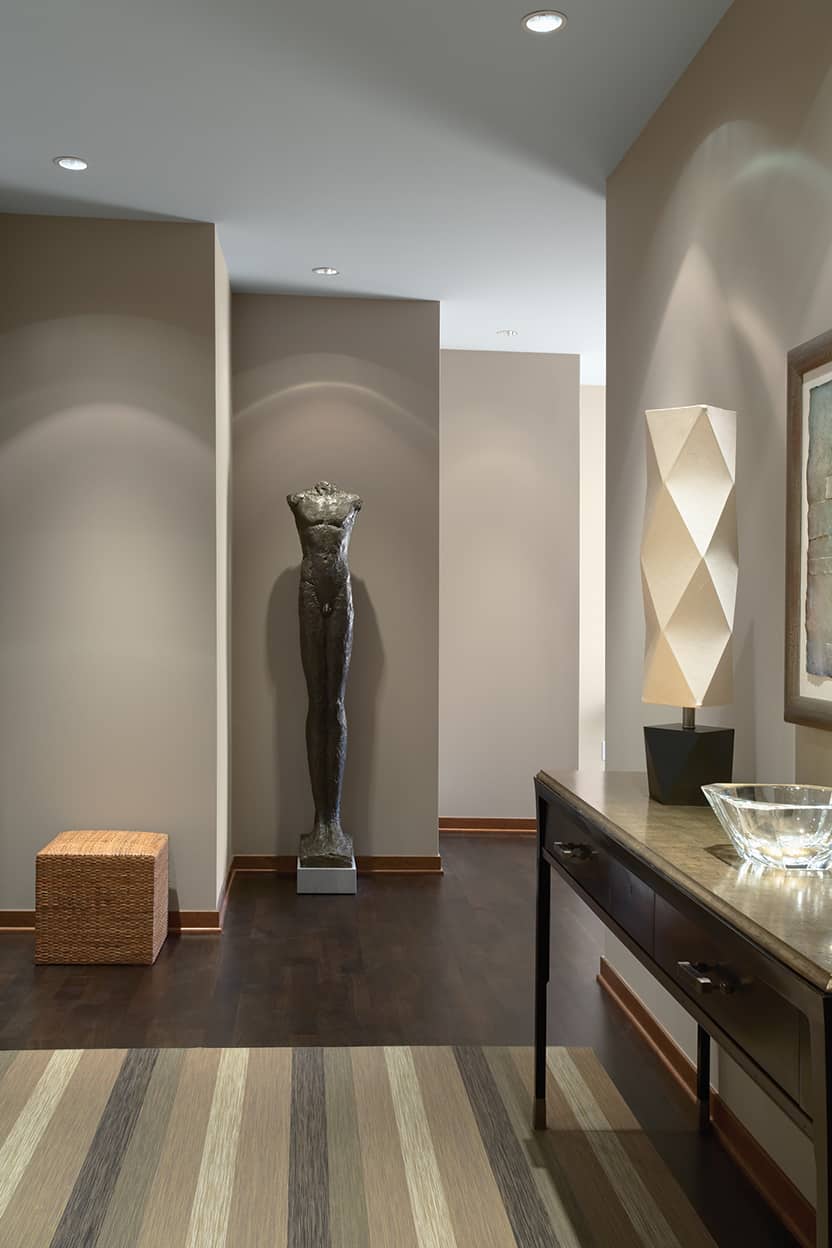 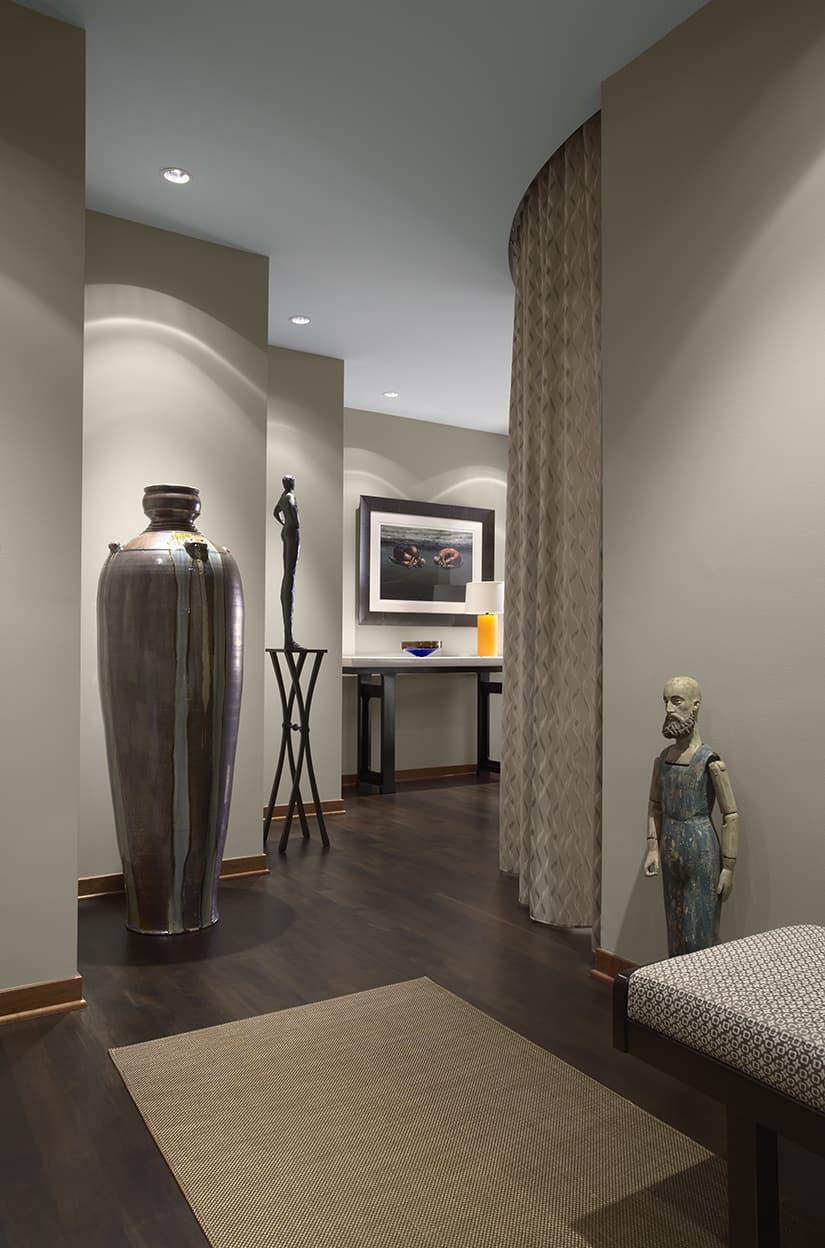 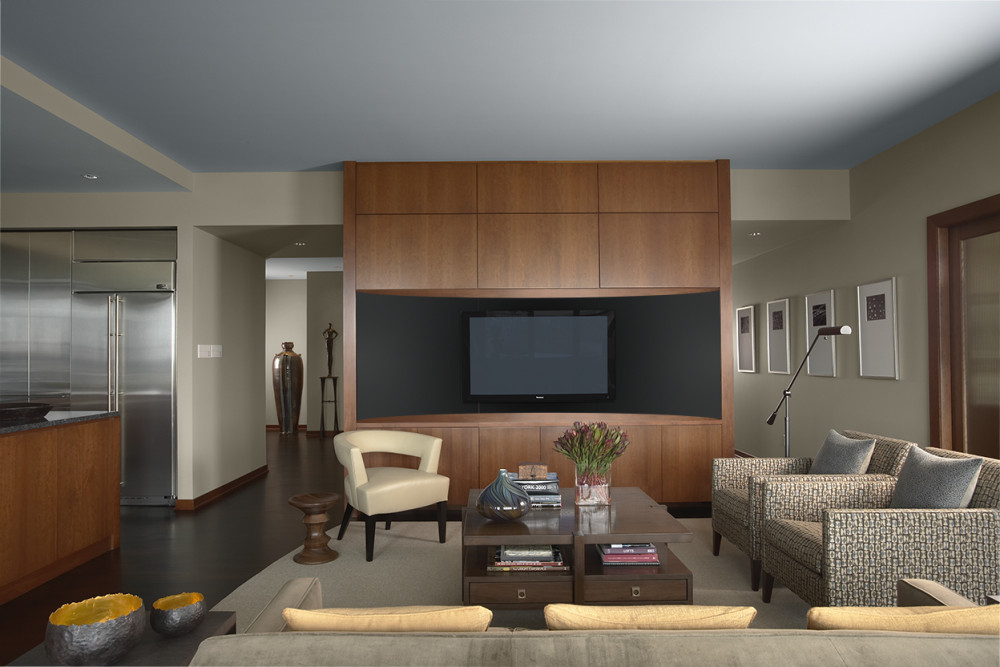 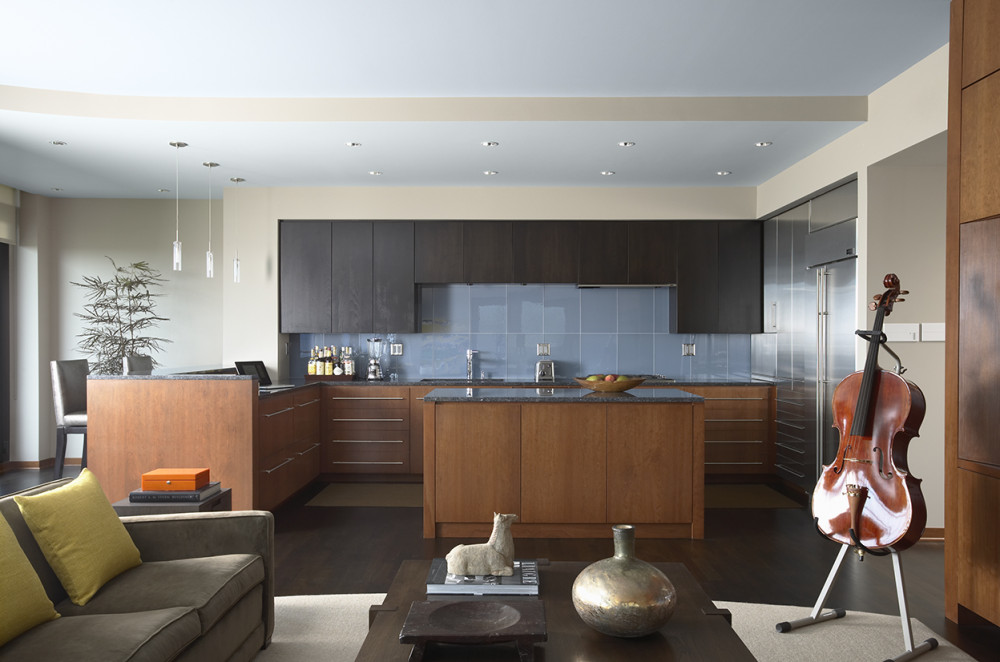 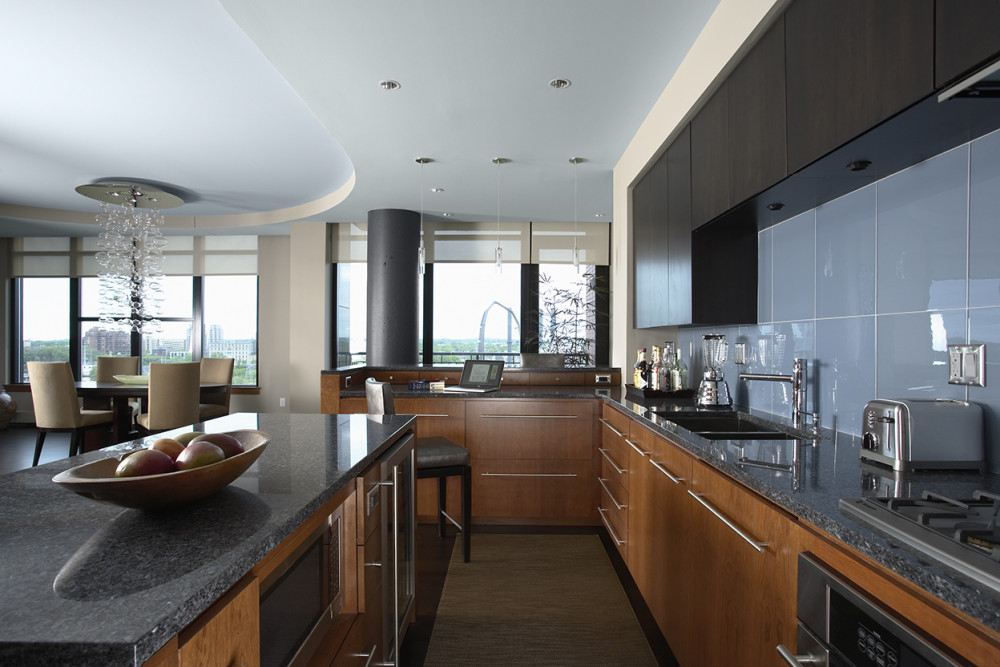 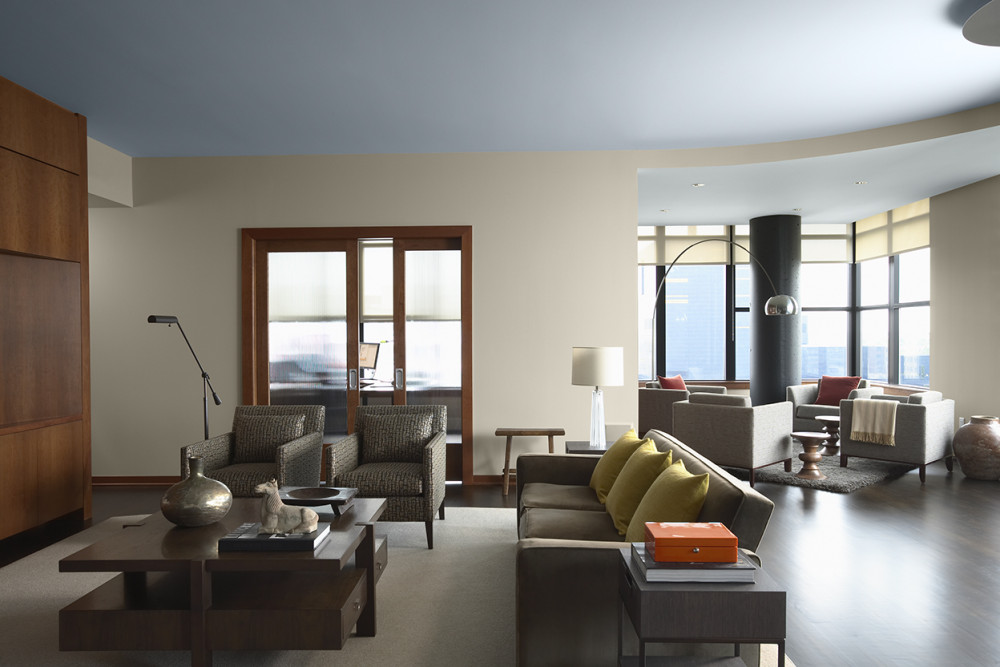 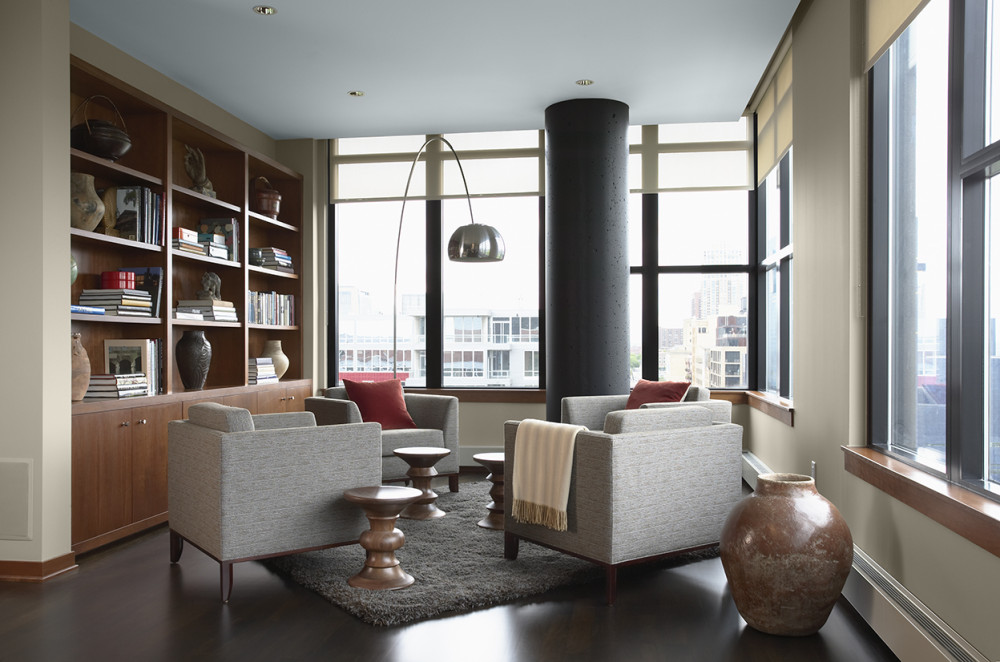 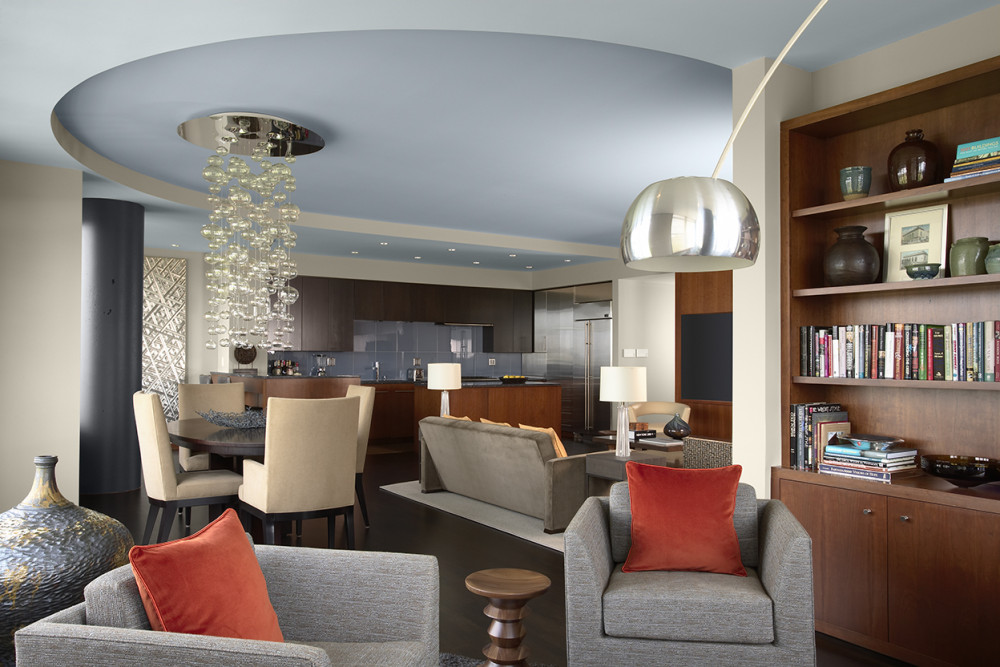 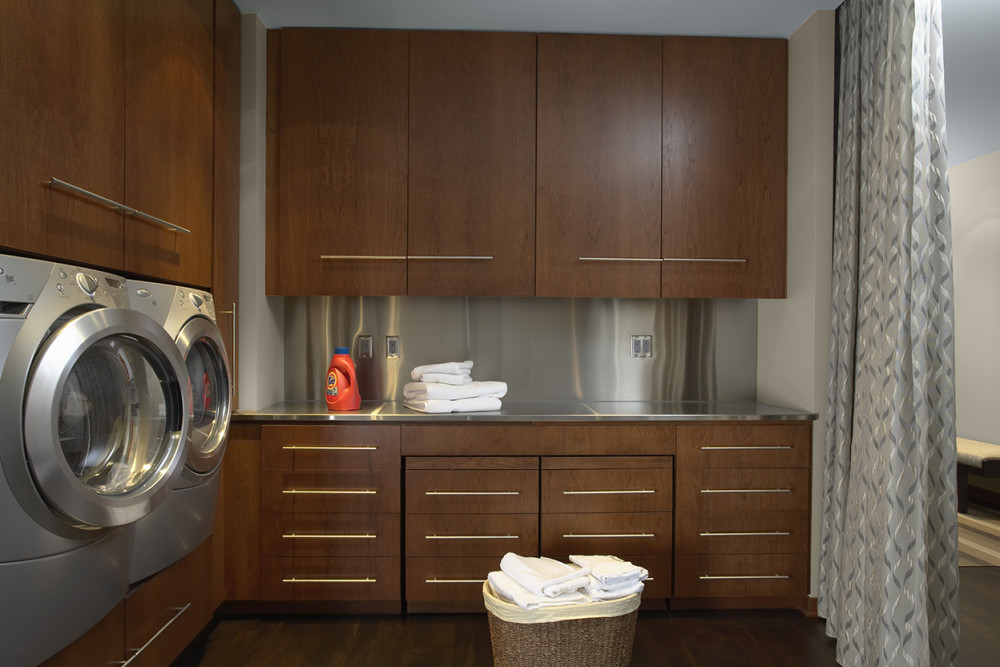 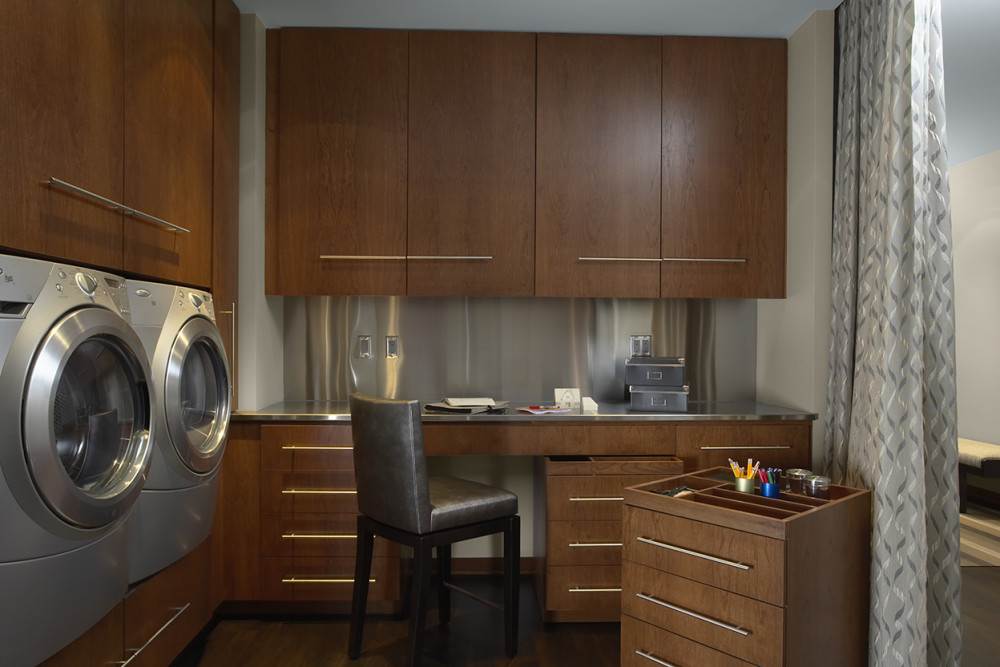 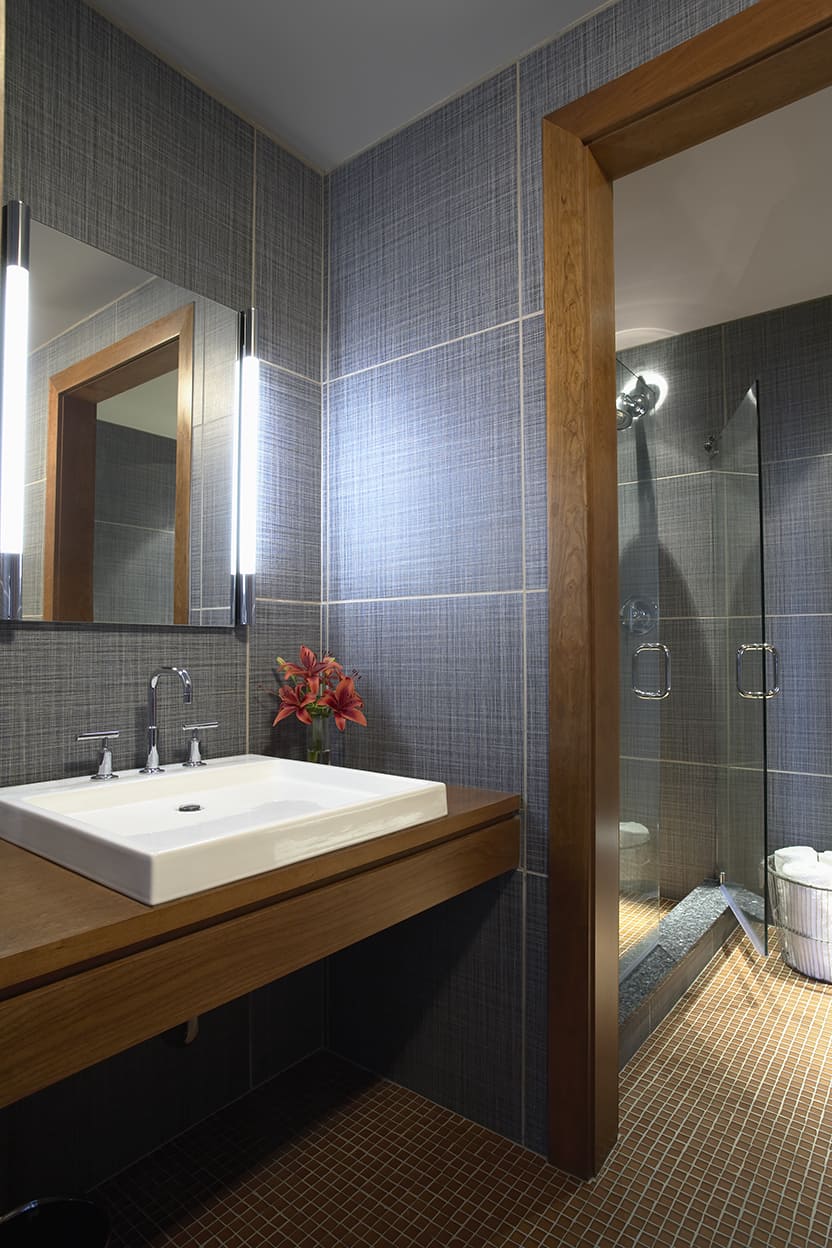 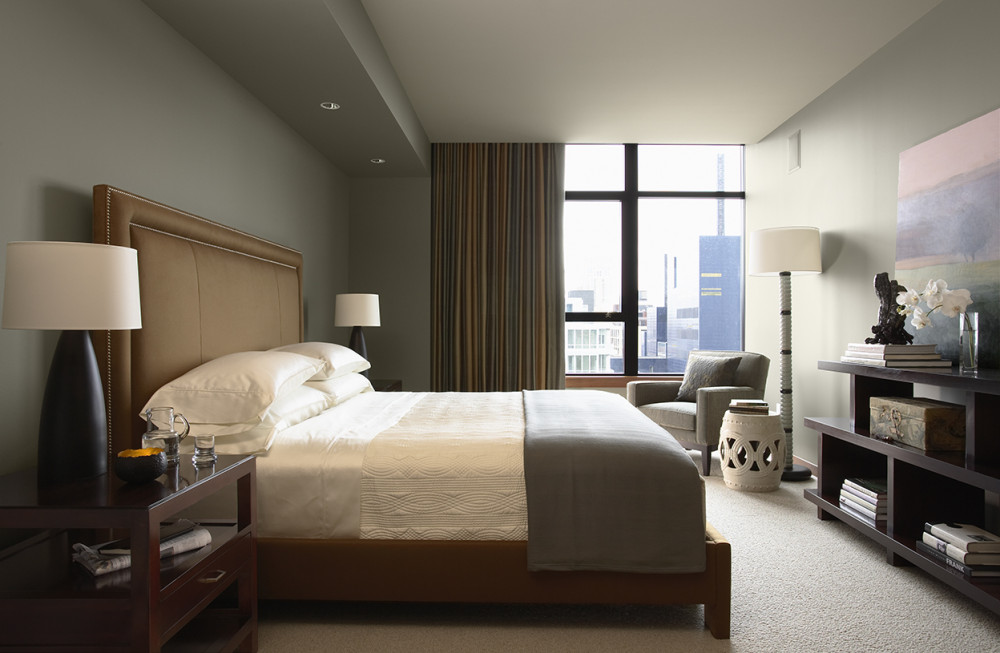 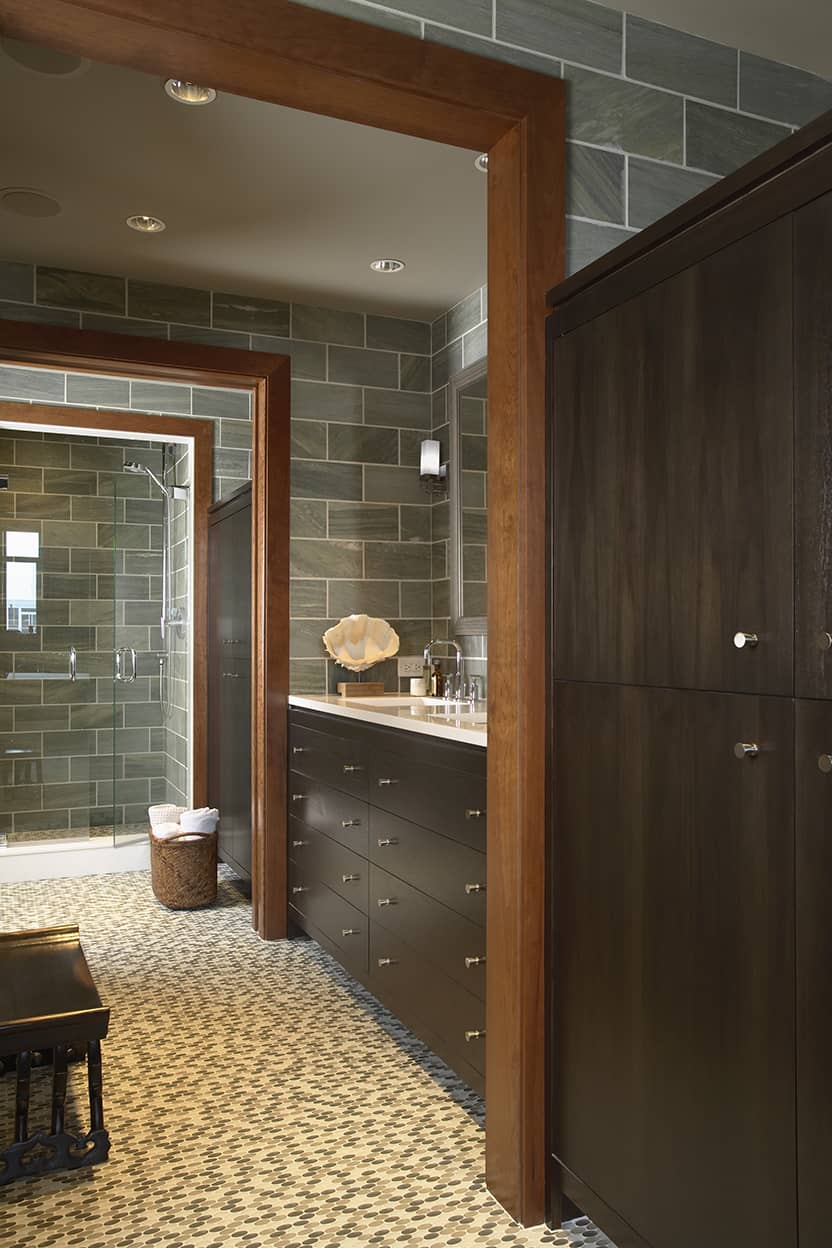 The open layout cleverly alters the unit’s original floor plan while working within the constraints of the existing plumbing and electrical infrastructure.

“It just all fit so perfectly”

To that end, the studio redesigned the floor plan to improve the sequence of spaces; create intimate conversation areas; and make river views more prominent.

The river, surrounding mill ruins, and the world-renowned Guthrie were also inspiration for the interior design, which echoes the warmth of nature and the spirit of industry through tile, stone, lighting, furniture, and color palette, all of which were hand-picked by David Heide Design Studio.

“At first I wasn’t in love with the blue,” Zenner says of the color choice. “But when I saw it coming together, it just all fit so perfectly.”

Zenner says his favorite attribute about his new home is how perfectly all the details fit together, from sweeping views of the Mississippi to the finish on the walnut floor.