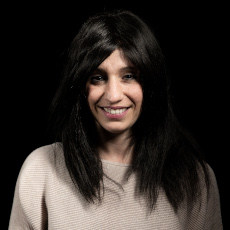 Elizabeth attended the Art Institutes International where she received her Bachelor of Science degree in Interior Design.

While she was still in design school, she met David when he stopped in for lunch one day at a restaurant she was managing. She started at the studio a few weeks later. She has now been with DHDS for over six years. Her experience in restaurant management brought strong organizational and communication skills to the Studio.

The arts have always played an influential role in Elizabeth’s life, beginning with ballet and orchestra, then moving into Interior Design. The discipline and creativity she grew up with have formed her as a designer. Elizabeth’s personal philosophy is that good design involves not only beauty, but also timelessness and functionality. She believes in delivering an end product that’s tailored to each person’s lifestyle.