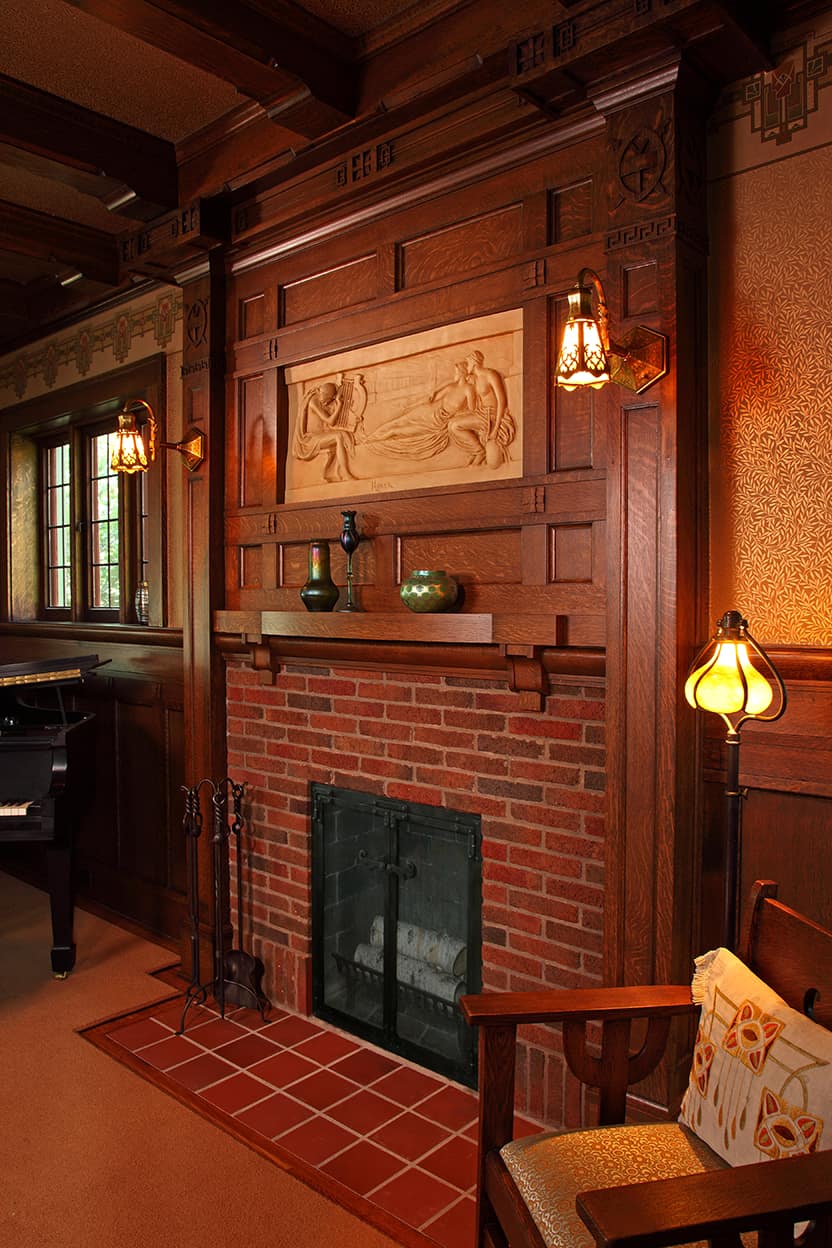 This 1912 Arts & Crafts-Tudor Revival house designed by Victor Ingemann is known for its intricate brickwork. Unfortunately, the fireplace had been modernized with the application of sheetrock and a slab marble surround between the two original pilasters. When we were called upon to furnish the living room, we thought something special might be hiding behind the sheetrock and marble.Some sleuthing and investigative demolition revealed a classical plaster panel labeled ‘Homer’ beneath the sheetrock and, behind the marble, the original brick—evidence sufficient for the owner to be convinced that the room needed more than furniture.

The collaborative efforts of mason, cabinetmaker, and fabricator implemented a design for this fireplace rehabilitation project that reused as much original material as possible. The mason hit on the clever solution of turning the damaged brick around to expose the original finish. Using an image found in an historic catalogue offering the piece for $5.00 in 1914, a fabricator reworked the damaged face of the plaster relief panel with acrylic, infilling what was missing. Historic lighting was sourced, restored, and installed.

Using details found throughout the room, we designed a new white oak over-mantle to frame the restored frieze so once again the fireplace becomes the centerpiece of this home. From the projection of the mantle (its original outline still visible on the side of the pilasters) to the decorative corbels, proportions were contemplated and reviewed until they fit the historic home perfectly.

Small endeavors demonstrate that preservation is not only about grand renovations, but about all aspects of the built and natural environment, including interiors. The fireplace rehabilitation, as the focal point of the most prominent room, was critical in restoring the house’s historic character. Since the rest of the house retains a high degree of historical integrity, the previous fireplace alterations were noticeably incongruous. After completion of the project, the house’s interior and exterior once again are a harmonious whole.

The successful outcome of this project depended on the stewardship of the owner (this fireplace project is only one of the many improvements they have made in their efforts to restore the home’s original grandeur), the expertise of the designer, and the keen skills of the craftspeople, all working together. The participants carefully renovated the fireplace according to heritage preservation principles—to respect the original design intent by uncovering, reusing, and restoring historic materials to the extent possible and, as necessary, finding solutions compatible with the building’s architectural character and details to complete the project.

Rehabilitated to the way it could have once looked, this fireplace rehabilitation project honors and enhances the room’s beauty and renews the historic aesthetic for future generations. A house is a collection of seemingly small things, each part of a collective set of projects and elements that creates a compelling whole to inspire both its inhabitants and the spirit of the community. 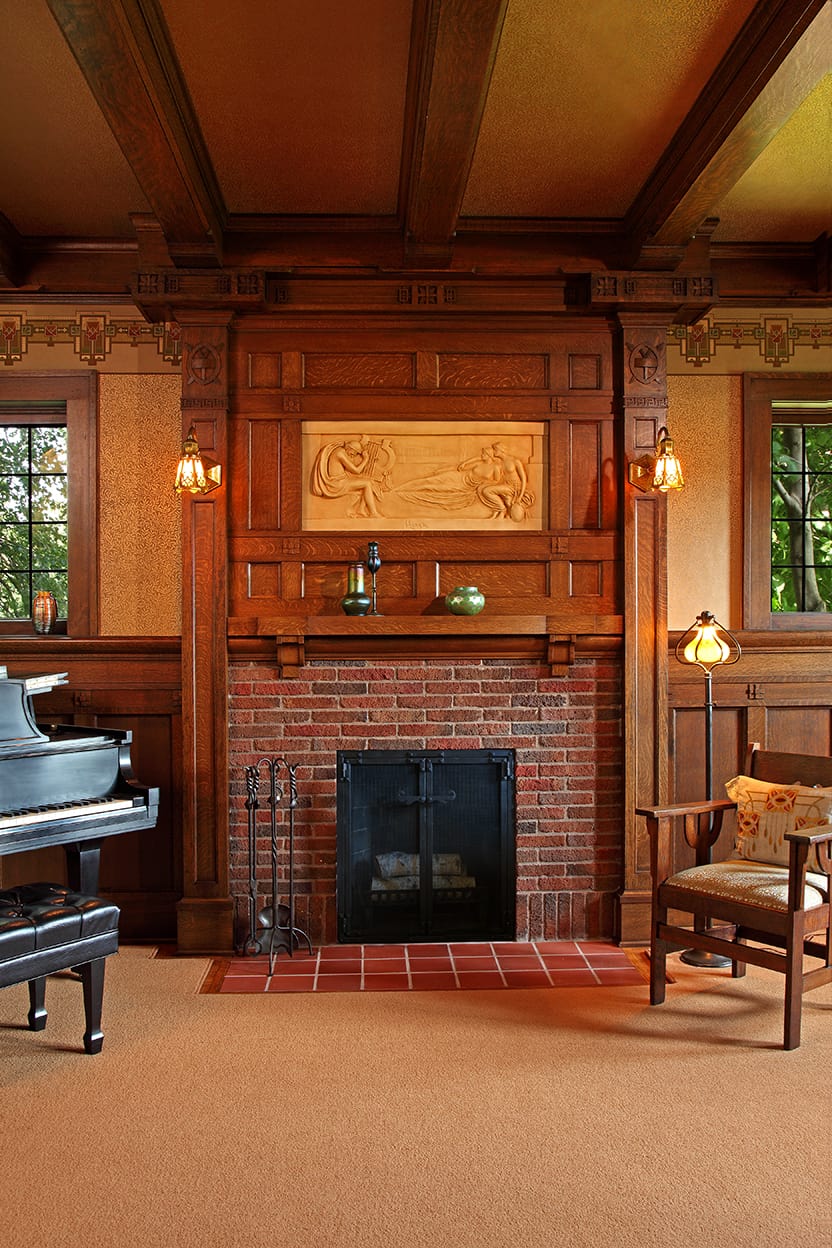 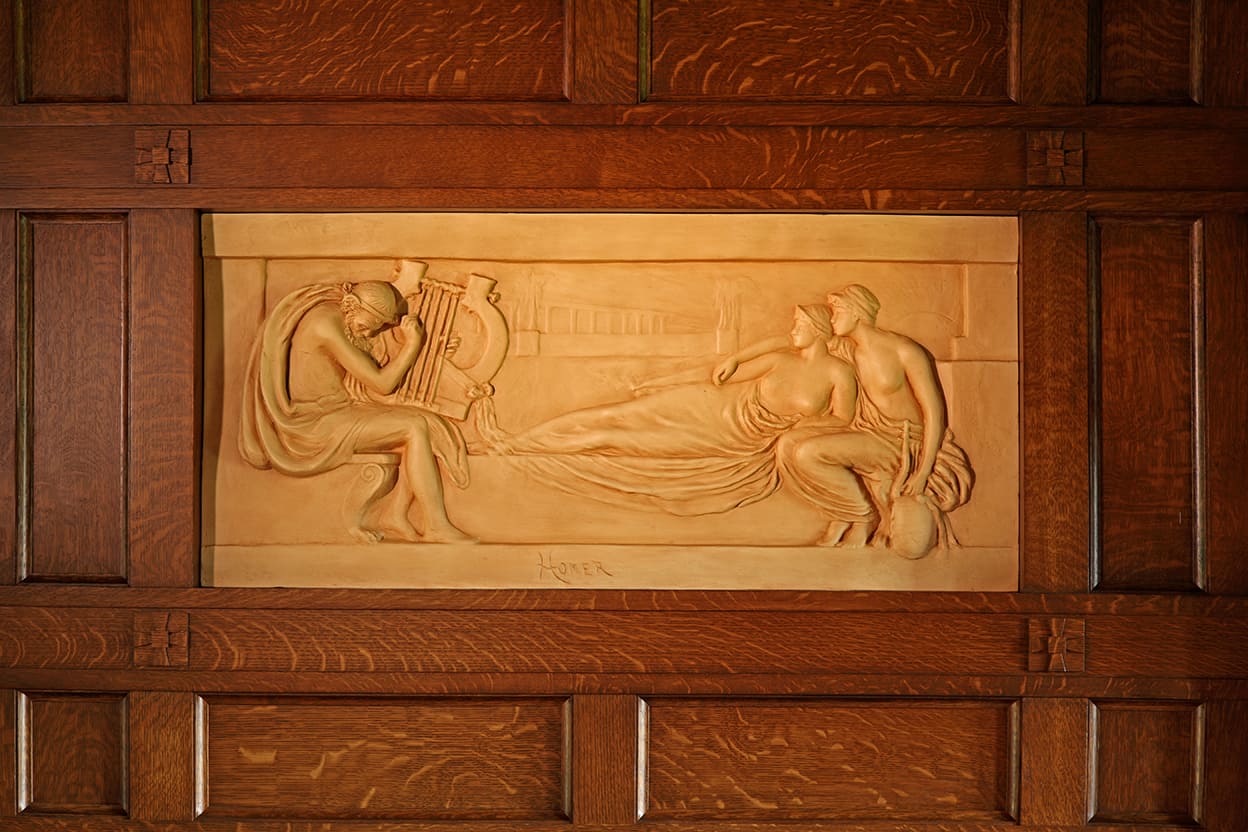 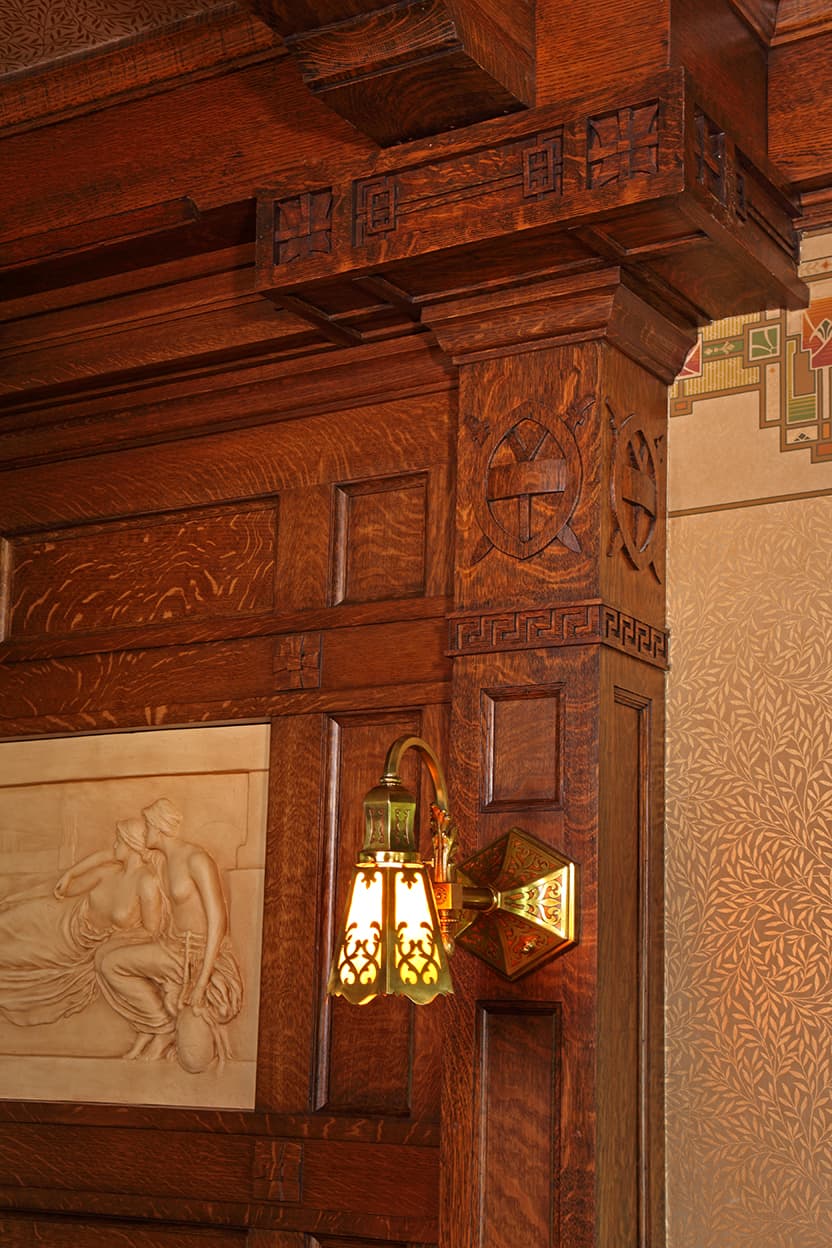