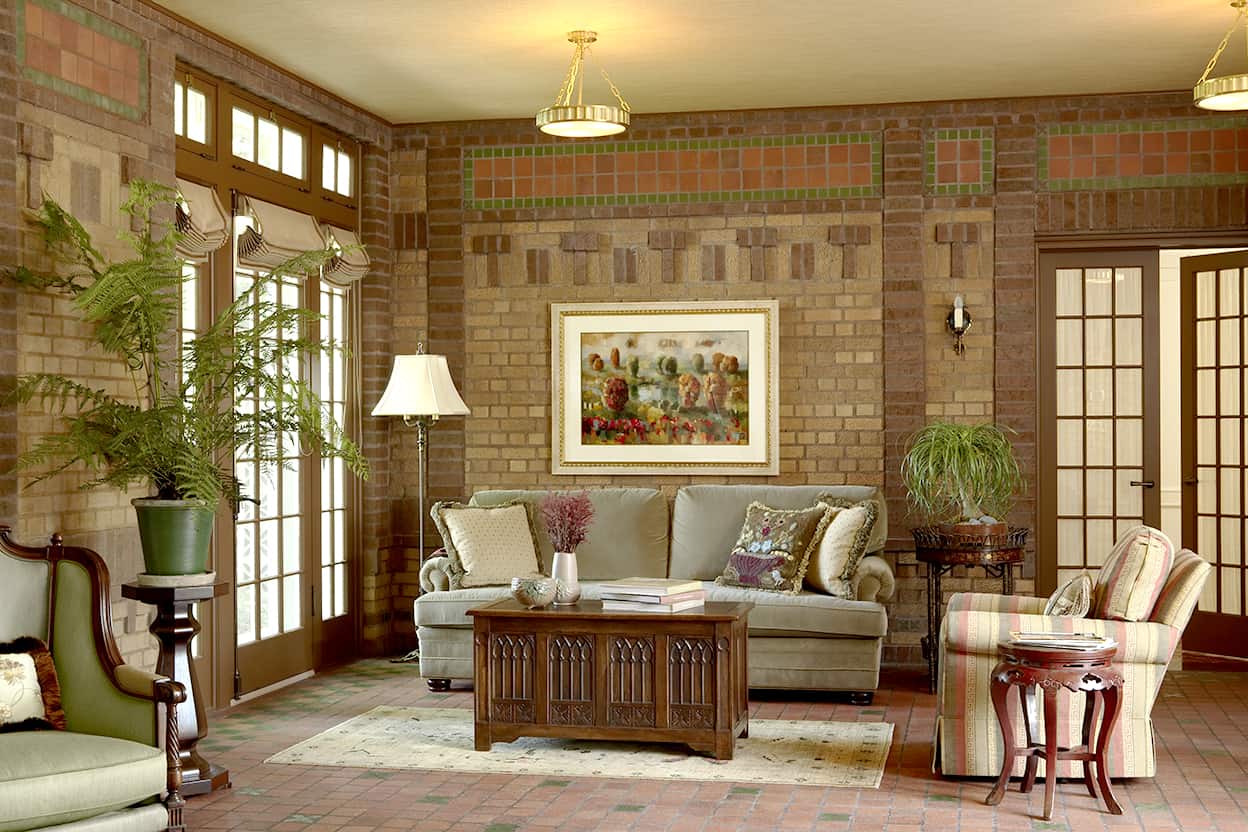 Located in a National Historic District, the interior of this 1913 residence looked anything but historic. Many of the original details were destroyed when the floor plan was divided into three condominiums in the 1970’s, leaving an uninspired space filled with low-grade building materials.

Our client hired us to restore the space to the original aesthetic while revising the layout for modern use and circulation. One small detail in what was the living room, the brick hood over the fireplace, appeared to be from the same era as when the building was constructed. The rest of the room was covered in sheetrock. Exploratory demolition revealed what was left of the original decorative brick walls and tile floor of a solarium.

In one corner, broken bricks indicated a larger element that had been previously removed. Our educated conjecture was that this had been a fountain, and we designed a new one with new tile and aesthetics to match the rest of the space. Custom tile was commissioned and matching bricks were meticulously sourced. 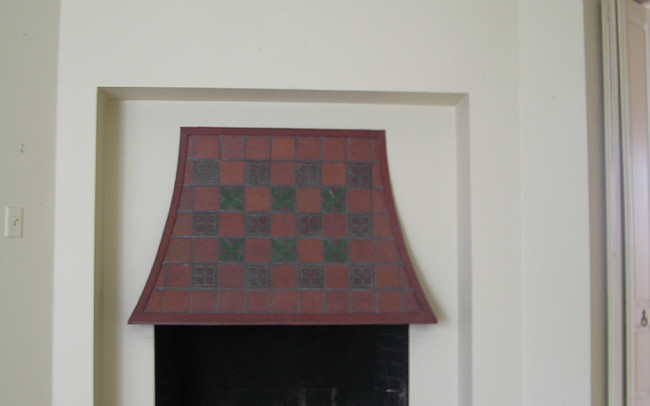 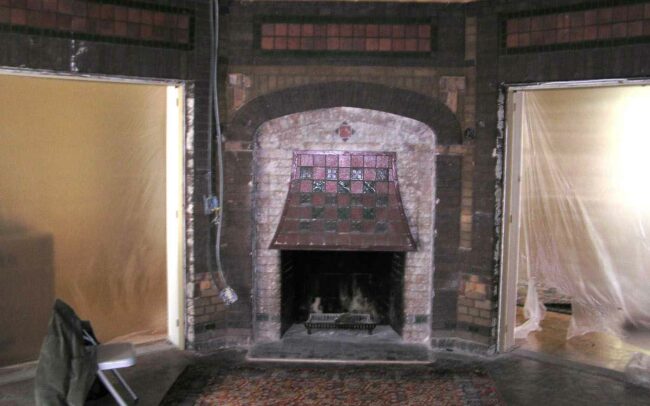 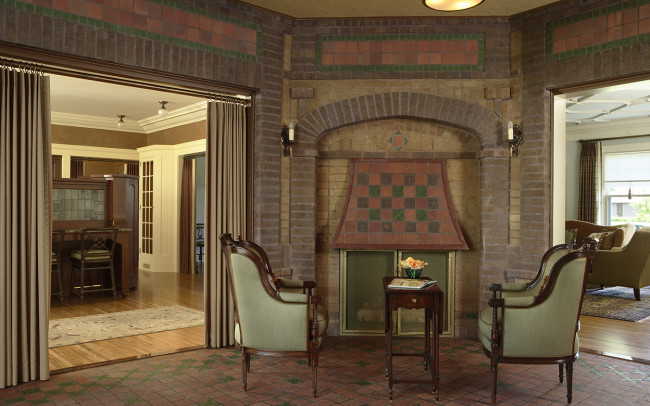 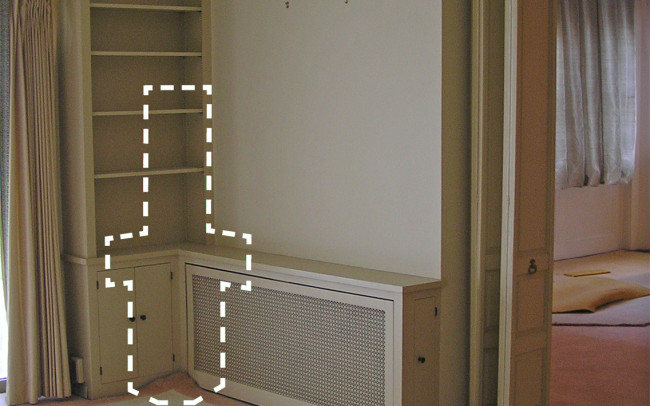 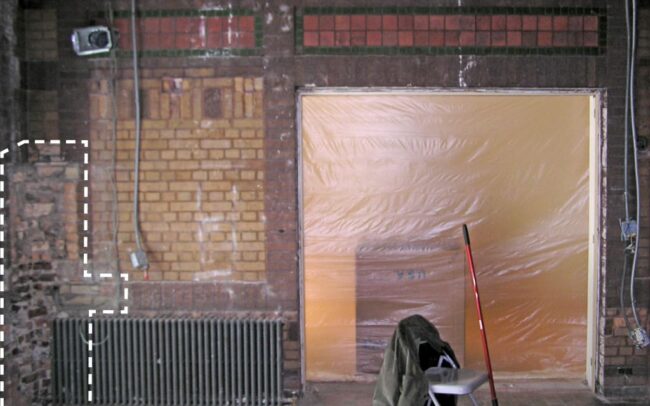 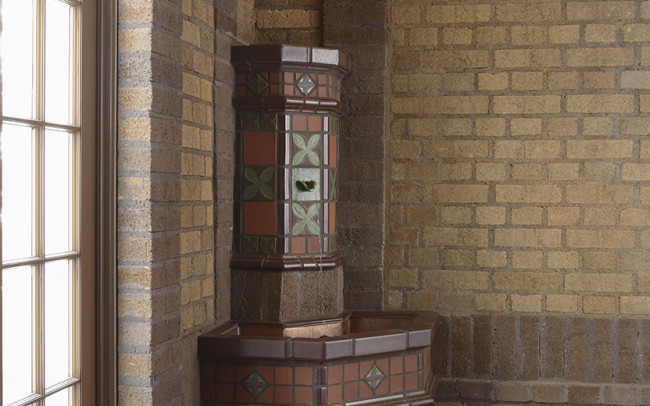 BEFORE & AFTER This project exemplifies the commitment made by the owners when they moved from the suburbs to the city, as well as the responsibility and sensibilities that are formed when dwelling in a historic place.

A particular joy of this project was the opportunity to reestablish the historic spirit of the Decorative Arts. We designed the decorative details in this room, including the light fixtures, and handmade tiles were fabricated by local craftspeople specifically for the space.

The new solarium’s details create a complete living space that respects the original architecture while offering today’s expectations of amenity and convenience.

Learn more about this transformative project in the Summit Avenue Condo portfolio.